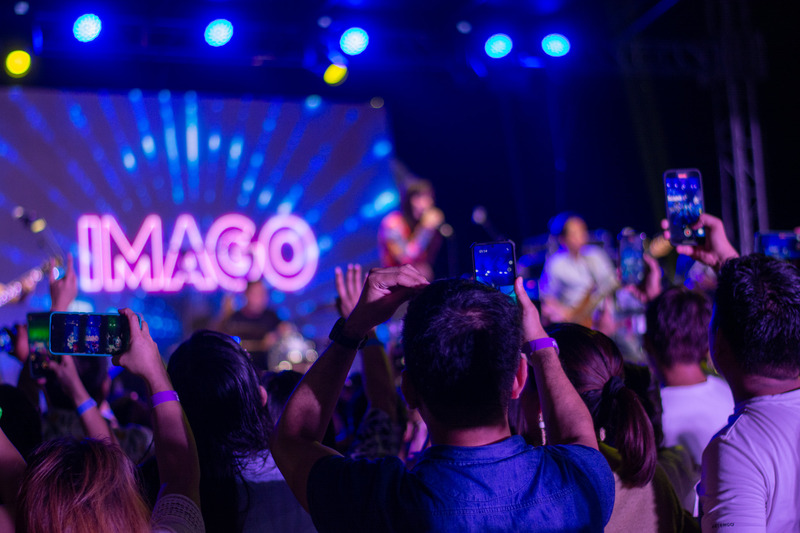 This event entitled Propulsive: Empire East Open Grounds Christmas Concert symbolizes the drive or force to keep moving forward despite the challenges and dynamic trends brought on by the pandemic.

It was made successful by Empire East organizers and was well-attended by all employees and members of the sales department.

The expanded premier food park greeted these guests upon entering the Highland City grounds. The list of delicious and refreshing food and beverage merchants available on that day are:

They offered a concoction of Mediterranean, Asian, Pinoy, and American flavors to suit the diverse taste of the attendees.

Toward the right, a huge space was carved into a concert ground where a huge parachute tent was set up to house about 600 party-goers, and a concert stage was prepared for the world-class Filipino performers who were guests in the event.

This huge space was also used to put a spotlight on the Service Awardees, who are employees who have been loyally serving the company for the past five, ten, 15, 20, and 25 years.

Apart from this event, pocket raffles were conveniently tucked in between programs to offer the audience their much-deserved and highly anticipated cash prizes ranging from 500 pesos up to 100,000 pesos!

Here is a glimpse of all the artists and performances:

“In this propulsive drive and spirit that led us to this day, we didn’t stop, we keep going, and we remain thriving. An exciting and more propelling future is ahead of us, and I hope we do not ever cease to be propulsive.”

This year-ender celebration of Empire East will surely bring more hope through progress and the drive to move forward without looking back as we anticipate new challenges and achievements in the year 2023.