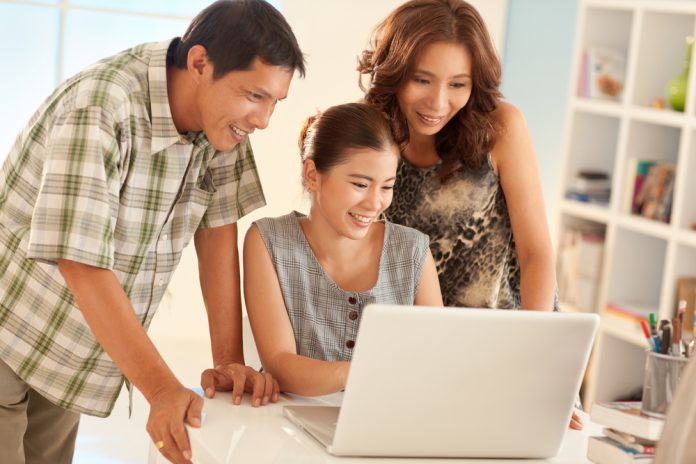 As parents, it’s only natural to want what’s best for our children, especially if they’re about to enter college. It is only reasonable for parents with college kids to look for an ideal home that will put their young adult’s academic and career growth at the forefront.

But looking for a residence where progress, convenience, variety, and security all rolled into one can be a challenge, given the high crime rates in highly-urbanized cities or the sluggish economic growth of municipalities.

With this, we’re left with the best solution: Pasig-Cainta—the convergence of an idyllic town and a progressive city.

Owing to the rapid urbanization in the neighboring areas of Metro Manila, the once sleeping town of Cainta, Rizal is now becoming a growing metropolitan in the eastern part of Manila. Bordered to the east by Pasig City, Cainta is considered the gateway to the east from Metro Manila. With the influx of business and tourism opportunities in the area, it is not surprising why both Cainta and Pasig are gaining spotlight as first-class communities

One advantage of living in Pasig-Cainta convergence is that it provides accessibility to such schools, thanks to the upcoming Emerald Avenue Station of the LRT Line 2 East Extension. This station will be located near the intersection of Felix Avenue and Marcos Highway (also known as the Marikina-Rizal-Laguna-Quezon Road). The station will also give convenient access to schools in Katipunan Avenue, where some of the Philippines’ most prestigious universities and colleges are located such as Ateneo de Manila University, University of the Philippines Diliman, and Miriam College. Further along are the topnotch schools within the University Belt such as Far Eastern University, University of Santo Tomas, and Polytechnic University of the Philippines that will also be highly-accessible via LRT Line-2.

Whether high-quality public institutions or prestigious private universities, families can certainly find the right school for their college kids in Pasig-Cainta.

As cliché as it may sound, parents know what’s best for their children. Finding the perfect home for your college kids does not only require a network of schools nearby. More important is the security and safety of the location, especially that parents are not always around to look after their young adults.

Your college kids also need time to relax and unwind, especially after a grueling exam or research presentation at school. The Pasig-Cainta juncture houses a plethora of leisure and entertainment hubs for your family’s recreational needs.

With the booming economy of Pasig and Cainta, more business establishments and entertainment districts are setting up all over the area and in neighboring cities and municipalities. Among these are shopping centers like SM City East Ortigas, Robinsons Place Cainta, Sta. Lucia East Grand Mall, Robinsons Metro East, and Lucky Gold Plaza. The Pasig-Cainta juncture also enjoys close proximity to shopping centers in neighboring areas, such as Shangri-La Plaza in Mandaluyong, Uptown Mall in BGC, and SM City Marikinia and Ayala Malls Feliz along Marcos Highway.

The province of Rizal is in its most exciting time of economic growth, making it the next destination for business and tourism.

Your college kid needs accessibility to various mass transport systems when they go to college.

Major thoroughfares link the boundary of Pasig City and Cainta, Rizal, making it accessible to the rest of Metro Manila and other parts of the CALABARZON area. Cainta’s main road, Ortigas Avenue Extension, traverses the business districts of Ortigas Center that leads to Mandaluyong City and San Juan in the west and the town of Taytay and Antipolo City in the east.

Felix Avenue, another major road, connects Pasig-Cainta to Marikina City and the town of Taytay. Marcos Highway also traverses this area and connects the town to the MARILAQUE network (Marikina, Rizal, Laguna, and Quezon). This strategic location makes Pasig-Cainta accessible to mass transport system, such as the LRT Line 2 and several bus terminals.

Keeping your college student in a strategic location will put the world within his or her reach.

Planning your college kid’s future does not end on their college graduation day. Parents would, of course, want to find a perfect home that could offer their children endless career possibilities and opportunities after attending university.

The eastern part of Metro Manila is fast becoming one of the country’s premier business districts. The proximity of Cainta to Pasig, as well as its close proximity to Metro Manila and the CALABARZON growth corridor, makes Pasig-Cainta a central point for major urban transformation and economic growth in the coming years.

Empire East Highland City is the most ideal location for any family with a college student to set up residence.

The Empire East Highland City by Empire East Land Holdings, Inc. is a 24-hectare uphill mixed-use development located at the convergence of Pasig City and Cainta, Rizal. It’s strategically situated along Felix Avenue and within two major thoroughfares, Marcos Highway and Ortigas Avenue Extension. This allows Empire East Highland City easy access to the Philippines’ university belt, key business districts, and commercial hubs. The development is also a few steps away from the upcoming Emerald Avenue Station of LRT Line 2 Extension, which will make transportation to Quezon City and the rest of Metro Manila more convenient.

Imbibing the tranquil environment of Cainta and the progressive lifestyle of Pasig, Empire East Highland City provides an environment conducive for learning, growth, and exploration. The development has four phases: Highland Residences, Highland Mall, Highland Park, and The Chartered Club—all of which puts your college student at the forefront of life’s best offerings.

This article orginally appeared on Lamudi.