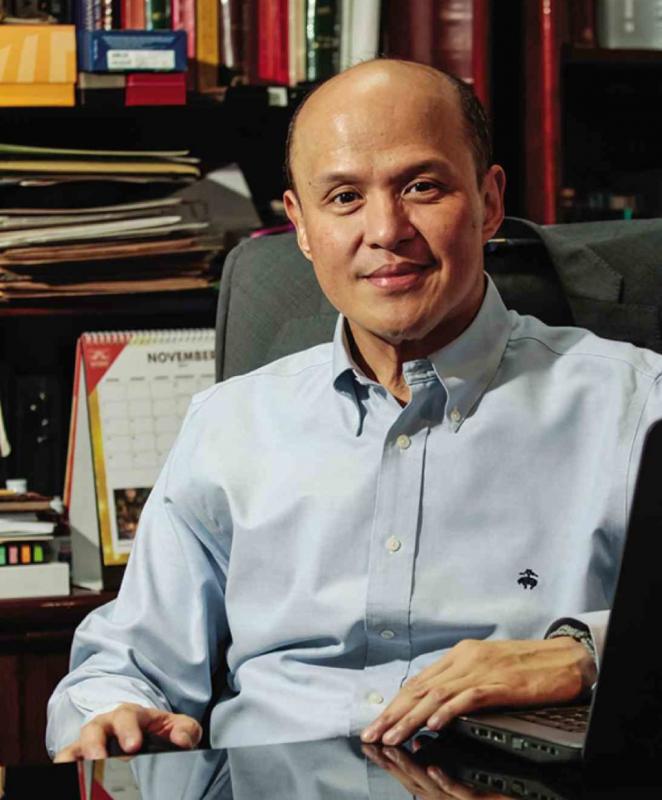 News
-
Taking the lead through innovation

It was a risky move during one of the most turbulent times in the region’s economic history.

At the height of the Asian financial crisis in the late ’90s, Atty. Anthony Charlemagne Yu decided to offer new financing terms—including a no-downpayment scheme, which was reportedly a first in the industry—to lure back buyers and investors during such a challenging period for the Philippine real estate sector, and the local and regional economy as well.

The move may have seemed like a long shot, but the president of Empire East Land Holdings Inc. took a stab at it.

“Those were very difficult years and nobody was launching new projects (during the Asian financial crisis). We felt that we needed to reinvent ourselves… On our end, we saw that the market was gone, and that we needed to bring back the market,” Yu recalled.

“We then asked ourselves how many of our people can afford our units and we came to the conclusion that only a handful can. We studied what the market can afford and based on that, we decided that we would start the amortization at about P8,000 a month, and that we would no longer require any downpayment. That was a big risk for us,” Yu explained.

Prior to this regional economic collapse, most local real estate developers required a downpayment equivalent to 30 percent of the unit’s cost, while the remaining 70 percent shall be amortized with the balance settled upon turnover.

“Others told me our scheme was not workable and that we’re crazy not to ask for a downpayment. We told them that there is no market and that you need to seek out that market—this was the only way to do it,” Yu said. “That scheme opened up the market and thus we felt were able to democratize the real estate industry and helped turn it around.”

That risk more than paid off.

Not only was Empire East able to pull off such a precarious proposition at that time, it was also able to position itself as a trusted, reliable developer. Case in point: at the height of the financial crisis, Empire East reportedly completed the most number of towers, Yu claimed.

“Our thinking is that we’re not just a real estate company because a real estate company is like a bank—it’s a matter of trust, it’s a fiduciary relationship. They entrust their money to you. At that most crucial moment, we at Empire East decided to spend every single amount that we have in order to complete our projects,” Yu said.

“This is why today, when people ask if we will be able to finish our projects, we tell them that from 1997 to 2003, which was the worst period in the Philippines, we were the ones who finished the most towers. What we went through is enough assurance that we will be able to complete our commitment,” he shared.

Today, Empire East enjoys a strong leadership position in the market, having built landmark residential communities that have transformed the urban and suburban landscapes. It has likewise introduced new and innovative concepts that seek to uplift the quality of living experience for residents.

Among its latest projects include the resort-inspired Kasara Urban Resort Residences in Pasig City; the Mango Tree Residences in San Juan, which offers the right mix of suburban vibe and modern comfort; Pioneer Woodlands in Mandaluyong City, which is one of Empire’s transit-oriented development; and the San Lorenzo Place, located within the central business district of Makati, among others.

By the first quarter of next year, Empire East will be launching a new project which will again allow the company to create another milestone.

“We’re happy that every year, we exceed what we have set out for ourselves despite the growing number of players. This only means that the market is expanding and the economy is growing… The trend right now is increasing urbanization in many parts of the country, and that, I think is fantastic because hopefully, you’ll see more developments in these marginal areas so that the marginalized sector will also benefit,” he explained.

“That’s the main reason for our existence: we realized that many in the middle income sector did not have housing and so we developed products that would suit the segment. The other thing we’re proud of is the concept of affordable luxury. Because of what we did, more segments are able to enjoy having a swimming pool, a clubhouse, among others. We would like to think we helped in dignifying life for ordinary Filipino,” Yu explained.

For Yu, the most important lesson he has learned over the past two decades is that there is no end to change and innovation.

“My only fear is that when people are asked, they cannot tell me what the weaknesses are. Every company, no matter how strong, must have some weaknesses and I’d love it if our people would continuously point those out, That’s the only way we can continue to change, innovate, or to be better,” Yu shared.

Yu further stressed that innovation that will keep Empire East alive and to be able to do that, its people would need to have a youthful mindset that will accept change and criticism.

“Sometimes when you’re big, there is a tendency to take it for granted. When that happens, that’s when you start deteriorating. This is why at Empire East, we will not stop innovating,” Yu concluded.