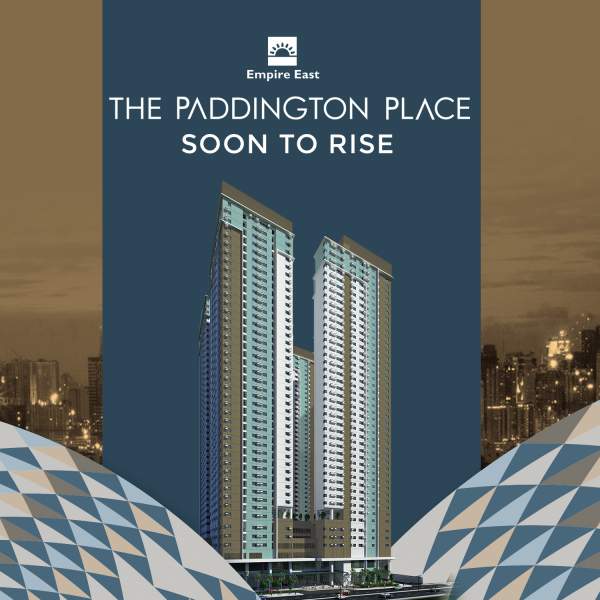 Empire East officers, together with the investors, engineers and consultants from the contractor, Metro Stone Rich, and sales teams led the groundbreaking ceremony for the construction of the four-tower development rising along the bustling city of Mandaluyong.

This modern enclave situated at Shaw Boulevard is designed for young professionals and working parents who want to keep close proximity to the business districts, schools, and lifestyle hubs. Four high-rise towers are master-planned to ward off the noise of the thriving city and preserve the serenity of the homeowners as they bask in the development’s modern features and urban city living experience.

Soon, homeowners can fully enjoy the amenities of the first tower including the function halls, swimming pool, and fitness facility.

Initial structural works are ongoing, and upon its anticipated completion, The Paddington Place will serve as a breather for those living at the heart of Metro Manila with its nature-rich vibe and reserved atmosphere while still being accessible to the vital spots in the city.

Follow us on our social media accounts to know the latest updates on The Paddington Place and other Empire East properties. You may also call 8810-3333 or send a message to inquiry@empire-east.com