According to the World Health Organization, green spaces are a vital part of any urban ecosystem. They serve as the lungs of the city, inspire relaxation, and encourage social interaction and exercise. But when you live in and around the metro, surrounded mostly by buildings and concrete, finding green spaces is as rare as spotting a unicorn.

Good news: an 8,000-square-meter elevated open park is about to open just on the outskirts of Pasig. Highland Park will be located in the soon-to-open uphill community of Empire East Highland City along Felix Avenue in Cainta, Rizal. 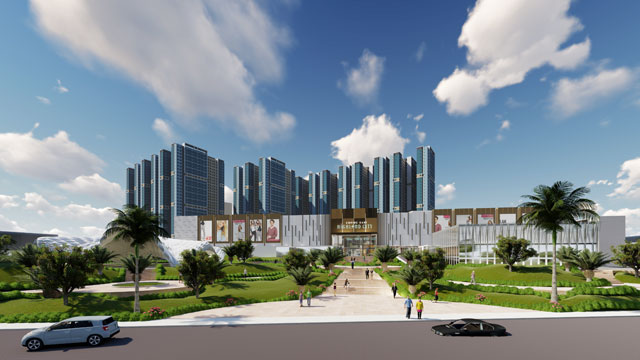 The park will feature several gardens, a 500-seater church, retail establishments, outdoor activity areas, and a grand Spanish Steps-style stairway leading up to Highland Mall. It’s just a short drive from the Ortigas area and easily accessible from Marcos Highway and Katipunan—or, if you invest in a piece of property in Empire East Highland City, merely a short walk from your home. The plan is to provide enough green spaces for the township's residents and guests—in fact, 40 percent of the 24-hectare property has been reserved for open spaces and greenery.

Another upcoming feature of the township is The Chartered Club, where members can relax, indulge, and enjoy its facilities. Members can take a dip in the swimming pool, work up a sweat in the tennis court or basketball court, or even try their hand at shooting in the archery range.

The township itself will be built along the natural terrain of Cainta, at the border of Pasig, and will sit on a six-meter elevation from the road, providing views of Antipolo. The unveiling of Empire East Highland City comes just in time for Empire East’s 25th Anniversary.

This article originally appeared on Spot.ph